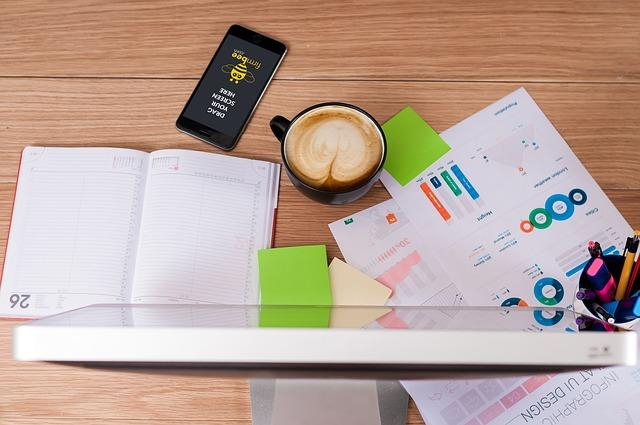 I started this blog around 2.5 years ago. At that point I knew that I wanted to make money online I just wasn’t sure how I was going to do it. In fact, it took a whole lot of failure before I finally discovered what I was capable of sticking with.

I think that’s a good lesson in how different we all are. You might love doing one of these things that I am awful at and you might earn good money doing so. Likewise, you might absolutely hate what I currently do.

Without further ado I’m taking a walk down memory lane and digging up all of my failed business ideas from the past two and a half years. (Yes, this is slightly embarrassing. But hey, you live and you learn, right?)

One of the very first money making ventures I wrote about on this blog was selling on Facebook Yard Sales. And I wasn’t selling my own stuff, I was selling my brother’s things for a commission.

We posted some guns and ammo he had gotten good deals on and they immediately sold. I was pretty psyched and was determined to start a Facebook selling business for commission. I listed a few more things for my brother and then after having to make multiple trips to a public parking lot to meet buyers I soon grew tired of my FB business idea.

This sure didn’t last long.

When I first started trying to find freelance writing jobs I would look on Craigslist and apply to anything that caught my eye. One of those jobs that I ended up getting was writing 100-200 word business descriptions for directories.

I was paid $2 per description and would have to write 20-50 different descriptions for the same business. This was when I was still working both day jobs so I would do this from the time my girls went to bed to wee hours in the morning.

My late nights must’ve made my descriptions too sloppy because after a while they guy I was working for hired a new person and stopped giving me work.

When that happened I decided I’d replicate his business model and sell these services to local businesses. I made up some flyers, printed them out, and then never handed them to a single business owner!

I thought website flipping would’ve been the perfect setup for me, and it could’ve been had I not been so cheap!

I bought a website off of Flippa.com for $55. The website had an okay theme, horrible scraped content, but good rankings. After about two months of owning that website it lost the ranking I was worried about and, therefore, it’s value in my eyes. (For all you bloggers this blog was built off an expired domain name which had a PR3. Shortly after buying it Google did a page rank update and it went down to 0.)

I wasn’t interested in building it back up. Especially since this site was called Defeat Our Debt and I’ve never had much debt at all. 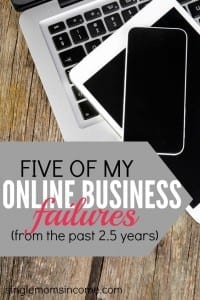 Another idea I was extremely excited about was creating niche websites. But OMG that takes a whole lot of work.

The niche website pros like Pat Flynn and Spencer Haws make it look easy but in my opinion a niche website takes just as much effort as a blog that you actually enjoy writing.

My niche sites (you may remember The Coon Hunters Club) ended up being more trouble than they were worth. I ended up breaking even with the one mentioned above but I let that domain expire after discovering it was better to go all in one idea rather than spreading myself so thin.

Not too long ago I decided to try selling on Amazon FBA. The truth is it probably could’ve been a successful endeavor. I had a whole slew of products to pick from at my Dad’s store and almost everything I sent in sold. (The old Thomas the Tank Engine toys sold for premium dollar!)

But I guess selling physical items isn’t really my thing. Which is surprising since my entire family has retail businesses. I lost interest in the project fairly easily despite the small amount of success I had.

I think this is a good reminder for anyone who has been looking to start their own side business or make money from home. It can take quite a few tries before something “clicks.” And even after it clicks it takes a little while longer to make profitable.

After all I’m still here blogging even though it took a couple years before I could consistently pull in $1,000 a month from this blog. And I was rejected probably 100 times before successfully filling a roster of freelance writing clients.

So if at first you fail, or just absolutely hate the business idea you chose, learn from it and try, try again!