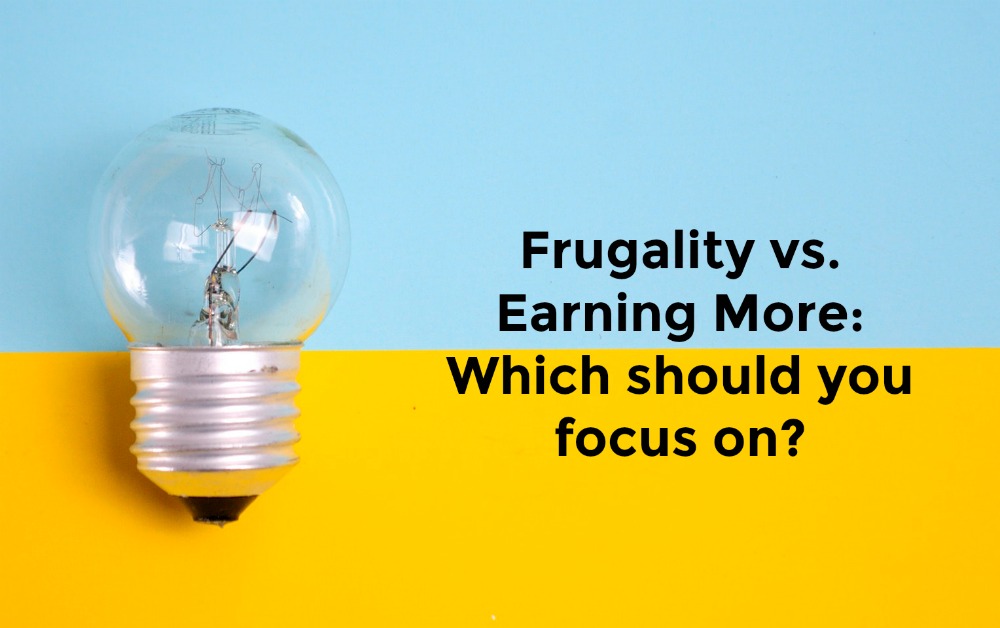 It’s an age-old debate. Should you focus on saving and being frugal to free up more of your money or should you just direct all your attention to earning more?

Sometimes it can be a tough call to make but I’d say many people don’t focus on either, unfortunately. Frugality typically allows you to spend less money which can free up more of your income but it’s not mainly about being cheap and penny pinching all the time.

Being frugal often means you have a budget but it’s not restricting because you’re clear on your values. You feel free to spend money on what’s important to you and to spend less on what you don’t value. Frugal people are also resourceful and would rather find a way to make something more affordable than writing off the option completely.

Earning more money can be great. There’s almost no better feeling than knowing you’re receiving a raise or salary increase. However, earning more starts with your mindset. I run across too many people who don’t think they can make more money or don’t want to put in the effort to do so.

When it comes to choosing one over the other, here are some tips to help you decide.

Figure Out If You’re Being Frugal By Necessity or Want

Believe it or not, there’s a difference between being frugal because you have to and choosing frugality because you want that lifestyle. There’s nothing wrong with either, but your intentions can determine how much you need to focus on frugality.

Clearly, someone who has a lower income will have to make more sacrifices and stick to a stricter budget. When I first became frugal, it was because I saw no other option.

I wanted to pay off my debt aggressively but wasn’t making a lot of money so I knew I needed to cut back a bit. Being frugal allowed me to still live a comfortable life while embracing simplicity and working toward my goals.

If you’re in a better financial position than I was, you may have more flexibility with your frugal lifestyle and splurge occasionally. For some people, this is an option but for others, it’s not.

If anyone ever comes to me and asks how they can start regaining control of their money and improving their finances, I always recommend that they start by tracking and lowering their expenses. Think about it, earning all the money in the world means nothing if you can’t manage it properly.

This is why we see some celebrities filing for bankruptcy and losing it all when their careers slow down. If you’re making millions of dollars, you should have plenty to survive past the height of your career if you manage it wisely.

Start by tracking what you spend. Then audit your expenses and see if you can cut anything or reduce the amount you spend on it. You can do this to lower both your fixed and variable expenses. Consider more affordable alternatives that will still get you the benefits you want whether that means cutting cable, switching cell phone providers, shopping around for insurance, or dining out a little less.

Once You Reach a Cap, Focus on Earning More

The great thing about lowering your expenses is that once the upfront work is done, you can just maintain and pocket the new savings you generate. When it comes to saving and living frugally, however, there is a cap.

You can only save and cut back so much. You still need to fund your lifestyle to some degree and pay for necessities like food, housing, and utility bills.

If you’ve started embracing frugality but still find that your budget is tight, shift your focus to making more money.

I used a combination of living frugally and earning more money to help me pay off debt and improve my finances. I don’t think one is way better than the other.

I also believe it’s possible to focus on both as you’ll need both to become more successful. Don’t believe in the myth that you have to do one or the other. Embrace frugality, then put it on autopilot once you gain control of your expenses and find ways to make more money.

One of the biggest things that stops people from earning more is their mindset. Too many people believe they can’t make more money or should be stuck at their current income level. After reading Secrets of the Millionaire Mind, I learned that each of us has a ‘money blueprint’ which is often established during childhood years.

It represents everything we think and believes about money. Your money blueprint could be holding you back from trying a side hustle or starting a business. It could keep you stuck so that you believe your income is capped and behave accordingly.

It’s important to stop thinking in terms of scarcity when it comes to money and start thinking abundantly. This mindset change can be applied to many other areas of your life as well.

Make it a Lifestyle

Finally, consider making it a lifestyle. Realize there are many levels to frugality. I know some people who never dine out or pay for entertainment and others who travel several times a year and dine out once a week. Both are still considered frugal in my eyes.

I keep certain expenses in my budget pretty low, but we also like to take trips and we splurge on private school. Once you find a comfortable level for you, commit to it long-term.

At the same time, you can work on earning more money. Each year you should be making more money to help account for inflation as well as to meet your goals.

The best thing about combining frugality with making more money is that you can accelerate savings rate. Most of the millionaires next door have combined frugality and earning more and that allows them to live a different lifestyle so they can be financially independent early.

If you can make more money and live frugally, you can probably end up paying off all your debt and saving/investing aggressively as well. So, why choose one over the other?

What are your thoughts on the ongoing frugal vs. making more money debate? Do you think one is better than the other or do you believe that you can focus on both? 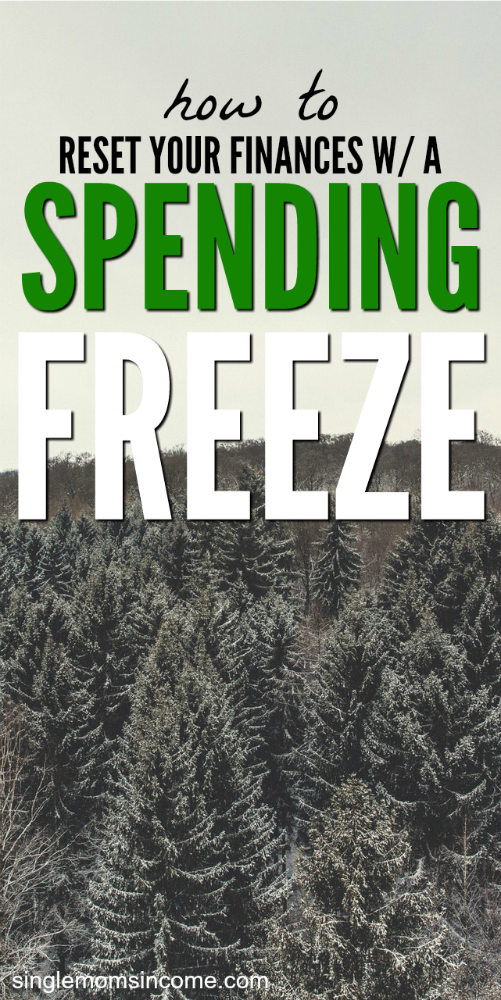 How to Use a Spending Freeze to Reset Your Finances
Categories: Budgeting, Money Management 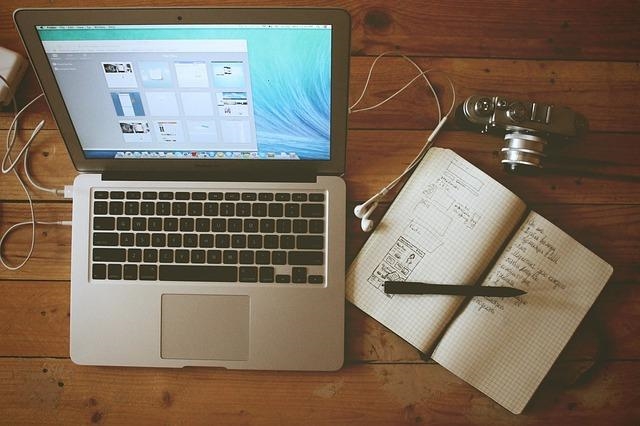 My Financial Snapshot: Current Savings, Financial Goals, and Income Plans
Categories: Budgeting, Money Management, Save and Invest
3 Frugal Ways to Get More From Your Business Efforts
Categories: Other