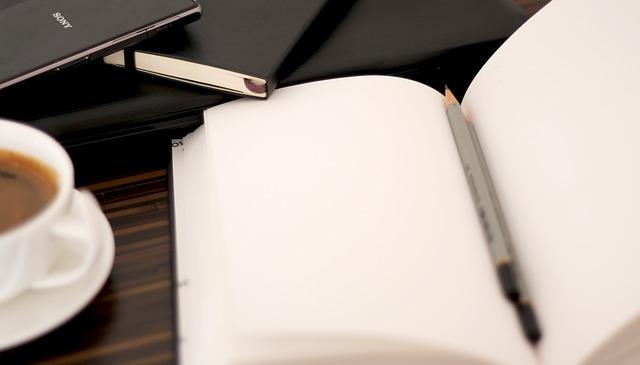 After two and a half years of trial and error I’ve finally figured out how to earn decent money blogging.

While I’m beating myself over the head for not implementing some of these things sooner I’m also grateful that I’ve finally seen the light.

Ever since I started to earn money online I’ve always considered freelancing, or working for other people, my main income and blogging as my side hustle. Now I’m starting to see things a little differently. I’m finally convinced that blogging can be a full time income for anyone who is willing to put in the hard work and who also has the patience.

Today I wanted to talk about the five blogging epiphanies I’ve had over the past six months. (If you have a blog or want to start one I hope these can help you too!)

# 1 – Realizing That I Will Never Please Everyone

I can sometimes be a bit of a people pleaser. And with blogging that just doesn’t fly.

There’s not a single person who is going to love everything you write all the time. There’s just no way that’s going to happen. My favorite blogs, which are actually organizing and DIY blogs at the moment, (Anyone else read I Heart Organizing or Bower Power?) do not post stuff that I love one hundred percent of the time. No blog does.

That’s just the way it is. What one person might love, another person will hate.

If perfection is holding you back from doing what you want then just let it be. You’re not perfect and neither am I. Do your own thing and quit worrying about what other people think.

# 2 – Understanding the Power of Social Media

I’ve been social media reluctant/ignorant my entire blogging career. The only social media network I used was Twitter because that’s what “everyone else” was doing.

And the thing is, I freaking hate Twitter. Interacting on Twitter does not come naturally for me and as far as this type of blog is concerned it pretty much has zero ROI in terms of traffic.

My reluctance of social media kept me from getting on Pinterest and Facebook but it turns out I’m pretty good at both! I’ve also found out that social media is one of the best ways to get traffic.

They study their analytics, find out what works for them and repeat, repeat, repeat. I have noticed so much strategy on large blogs lately. They write posts they think will go viral, they create posts that will be heavily searched, and they work social media hard.

Success is a little luck and tons of hard, well planned out work.

I’m lucky that I grew a bit of a thick skin when I was first finding freelance clients. I had a whole lot of rejection coming my way.

Now I’m having to grow a thick skin in a new way. In that past six months I’ve had more negative comments than I’ve had in the prior two years combined.

It comes with the territory though.

I don’t want to make this all rainbows and sunshine because NOTHING ever is. The more people you have reading your blog the more negative comments you’ll get.

So if you plan on growing a blog just be prepared. Not everyone will like you and a few of those people are going to make sure that you know.

I’ve told you before but I have to tell you again – six months ago was when I enrolled in Elite Blog Academy. This has been the best thing I’ve ever done for my blog. I’ve made my money back probably more than tenfold.

Here’s a screen shot of my traffic from September 2014.

Here’s my traffic for March 2015. (Without that enormous Facebook spike the page view would have been around 140,000)

Here’s a screenshot of my ad network revenue from September 2014 which totaled $518.62.

Here’s my ad network revenue from last month (payable this month) which totaled $1,939.09.

As you can see that is an enormous difference and that’s why I very strongly believe in EBA!

Elite Blog Academy is $399 this year and this next week is the only week that it’s open for the entire year! You can save $50 by using the coupon code ALEXA

Ruth has even made some changes this time around by adding a twelve week guided syllabus and weekly office hours. I’ve fallen off the bandwagon a bit so I’ll be retaking this course right alongside you.

I also realize that not everyone has that much money to spend on a course. And that is totally fine! If you want to grow your blog but don’t have the money to spend on EBA these are my favorite free/cheap blogging resources

If you’re feeling stuck when it comes to blogging making the right investments can help you. Even if those investments are just time. Learn something new and then go implement it!

*If you do sign up for EBA remember to use code ALEXA for $50 off!

**Those are my affiliate links above and I sincerely appreciate when use them. If you’ve signed up for the course (doesn’t have to be through my link) and want an accountability partner please email me! I’d love to have some more blogging buddies!